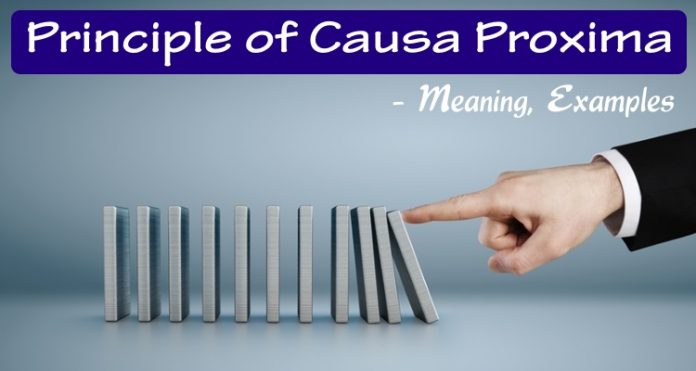 Proximate cause was defined in the case of Pawsey v Scottish Union & National Insurance Company (1908) as:
“the active and efficient cause that sets in motion a train of events which brings about a result, without the intervention of any force started and working actively from a new and independent source.”

The important point to note is that the proximate cause is the nearest cause and not a remote cause.

Unfortunately when a loss occurs there will often be a series of events leading up to the
incident and so it is sometimes difficult to determine the nearest or proximate cause.
Let us consider the following scenario:
Jim, a guitar player in a local band, plays at a gig on a Sunday evening. The gig goes well and an encore is demanded by the crowd. The encore is played but as a result Jim finishes later that he expected and misses the train home. Jim then has to take a bus home and does not get to bed until 01:30 am.
In the morning he oversleeps due to tiredness and because he had forgotten to put his alarm on. Jim is now in a hurry and quickly makes his breakfast, including toast which he puts under the grill. The postman then arrives and rings the bell (Jim has normally left long before the postman arrives.)
The postman engages in a long conversation with Jim who eventually returns to the
kitchen to find that the toast has ignited setting alight a tea towel. The tea towel in turn has scorched the kitchen table.
Jim is not worried about the tea towel or the toast but submits a claim for the table. Fire
is covered by the Policy and the proximate cause of the loss must be established. The
cause of the loss could be:

Referring back to the definition in Pawsey v Scottish Union (1908), we have to find the active efficient cause that sets in motion the chain of events.

Arguably, playing the gig (1) set in motion the chain of events. Playing a gig is not normally an insured peril and so if that was determined to be the proximate cause there would be no cover for the damage to the table.
However, the definition in Pawsey v Scottish Union (1908) goes on without the
intervention of any force acting independently from a new and independent force.
All causes from 2 to 7 are new forces acting independently from new and independent forces so we can forget all prior causes in the chain. The ignition of the toast (8) and the ignition of the tea towels (9) are the closest causes and therefore appear to fit most comfortably with our definition in Pawsey v Scottish Union (1908). They are not remote causes.
The decision now is whether the ignition of the toast and tea towels constitutes fire as meant by the Policy and, if yes, whether there are any relevant exclusions. (The definition of fire will be discussed later in the course but it can be noted that the fire peril has operated in this instance.)
Facebook Comments
Post Views: 22 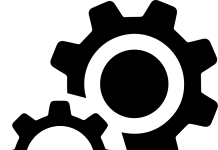 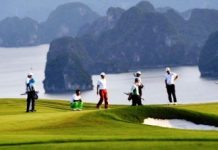 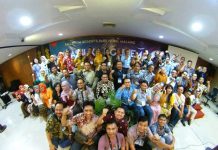 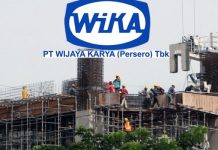 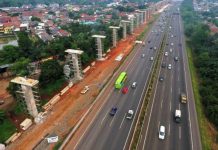