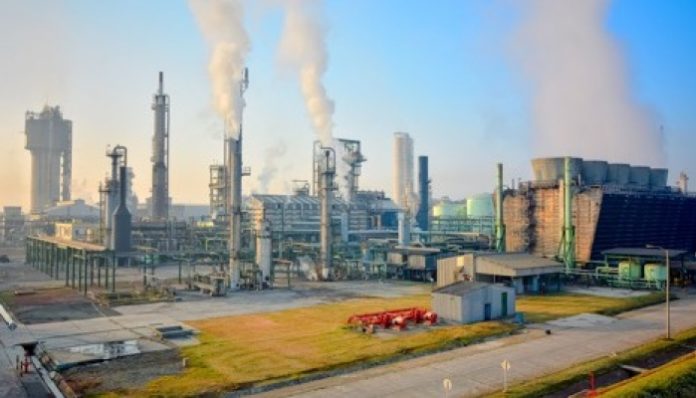 Fertilizer is a substance added to soil to improve plants’ growth and yield. First used by ancient farmers, fertilizer technology developed significantly as the chemical needs of growing plants were discovered. Modern synthetic fertilizers are composed mainly of nitrogen, phosphorous, and potassium compounds with secondary nutrients added. The use of synthetic fertilizers has significantly improved the quality and quantity of the food available today, although their long-term use is debated by environmentalists.

Like all living organisms, plants are made up of cells. Within these cells occur numerous metabolic chemical reactions that are responsible for growth and reproduction. Since plants do not eat food like animals, they depend on nutrients in the soil to provide the basic chemicals for these metabolic reactions. The supply of these components in soil is limited, however, and as plants are harvested, it dwindles, causing a reduction in the quality and yield of plants.

Fertilizers replace the chemical components that are taken from the soil by growing plants. However, they are also designed to improve the growing potential of soil, and fertilizers can create a better growing environment than natural soil. They can also be tailored to suit the type of crop that is being grown. Typically, fertilizers are composed of nitrogen, phosphorus, and potassium compounds. They also contain trace elements that improve the growth of plants.

The primary components in fertilizers are nutrients which are vital for plant growth. Plants use nitrogen in the synthesis of proteins, nucleic acids, and hormones. When plants are nitrogen deficient, they are marked by reduced growth and yellowing of leaves. Plants also need phosphorus, a component of nucleic acids, phospholipids, and several proteins. It is also necessary to provide the energy to drive metabolic chemical reactions. Without enough phosphorus, plant growth is reduced. Potassium is another major substance that plants get from the soil. It is used in protein synthesis and other key plant processes. Yellowing, spots of dead tissue, and weak stems and roots are all indicative of plants that lack enough potassium.

Calcium, magnesium, and sulfur are also important materials in plant growth. They are only included in fertilizers in small amounts, however, since most soils naturally contain enough of these components. Other materials are needed in relatively small amounts for plant growth. These micronutrients include iron, chlorine, copper, manganese, zinc, molybdenum, and boron, which primarily function as cofactors in enzymatic reactions. While they may be present in small amounts, these compounds are no less important to growth, and without them plants can die.

Many different substances are used to provide the essential nutrients needed for an effective fertilizer. These compounds can be mined or isolated from naturally occurring sources. Examples include sodium nitrate, seaweed, bones, guano, potash, and phosphate rock. Compounds can also be chemically synthesized from basic raw materials. These would include such things as ammonia, urea, nitric acid, and ammonium phosphate. Since these compounds exist in a number of physical states, fertilizers can be sold as solids, liquids, or slurries.

Owing to the enormous concentration of property values and the extreme fire load resulting from the feedstock and the frequently high pressures and temperatures, just like refineries and petrochemical plants, a fertilizer plant also involves permanent and substantial potential for major losses.

Ammonia synthesis equipment is the most hazardous manufacturing operation in a Fertilizer Plant. The chances of vapor cloud explosion are not significant due to the relatively low hold up volume. This is because, in hydro-carbon based fertilizer plants producing ammonia, due to the predominantly vapor state of the materials mixed with inert materials like steam, inert gas, etc., in most circuits, vapor cloud formation is reduced. However this is not to suggest that fire and explosion hazard is insignificant. The chances of high pressure rupture of equipment therefore forms the single most catastrophic occurrence in a fertilizer plant. The HPR event is possible in the following cases :

The rupture causes a blast wave with missiles created by the fragmentation of the pressure vessel leading to substantial damages of the surrounding process plants/area.

Even for rupture of low pressure equipment including interconnecting pipes, high material damage loss scenarios are possible. The rupture of piping and other equipment can immediately release flammable vapor into the air resulting in fire and/or explosion.

Loss exposure is also quite significant in Ammonia Compressors due to the huge compressor capacity and high pressure. Internal explosion can occur if the there is leakage in the system. Inadequate lubrication is another cause of loss. Leakage through glands, flanges etc. is also possible.

The location and construction of control room is one of the most important factors. Control room should be minimum 25 m away from all the plants,15 m with pressurized by 6 mm. water gauge and of blast proof RCC construction. In modern refineries, the control room is quite critical since most of equipment are remotely operated type. If the control room is snuffed out in the first place, it becomes that more difficult to isolate unaffected areas from affected areas. Pressuring of control room and setting it an elevation relative to the plant areas prevents entry of flammable vapors and fluids entering the control room. Type process control being employed is also very important. Modern plants use the latest DCS system eliminating the need for human interface with equipment to a large extent.

Typically the fertilizer plants are of outdoor construction with various equipment housed in a frame-work of steel. In the event of a fire due to the intense heat generated by the combustion of hydro-carbons, the steel columns buckle and collapse. In view of the same, it is recommended that the load bearing structural steel work are encased in RCC to protect against heat damage.

Since high pressure rupture is one of most critical loss exposure in ammonia plants, the condition monitoring of equipment is very important with particular reference to the internal condition of equipment including wall thickness, presence of cracks or deformities etc. Both on-line and off-line testing is strongly recommended.

Fire or gas detection systems in process areas is recommended.

Flare Stack should be located such that it is with 10 m more in height than largest column in the plant.

All superfluous depression, gulley, trench or any level differences which may collect flammable liquids should be levelled.

Effluent channels of flammable liquid and gas handling plant should be designed with flame trap facility.

Adequate emergency power supply should be provided for safe shut down of plant and cooling water pump.

There should be regular testing of trips and interlocks provided in equipment and the testing should be done off-line as well as on-line. In respect of tank farms the construction of dykes should be properly done and should be cleared of vegetation at regular intervals. The level of tank farms should not be a higher level than the process areas to avoid spread of liquid to process areas.

Management of process changes is critical particularly in cases where the complexity of process is enhanced. Last but not the least, there should be investigation of near misses in addition to accident investigations. There should be efforts for simulation of process upsets along with formal safety training so that operators know what to do in the event of such upsets. Similar to this is the simulation of emergency shutdowns.