It wouldn’t be too farfetched to say that most Australians would have stumbled across the term ‘coal-fired power stations’ at least once in their life. Whether it’s listening to a fiery discussion on talkback radio or a neighbour giving their two cents on the topic, coal – and how it’s used – usually comes with negative connotations. But just how much do we know about this controversial fossil fuel and what is its main purpose in Australia?

While there are so many initiatives to produce energy from renewable sources, coal is still largely relied on for electricity generation. In this guide we’ll cover the key questions about coal-fired power stations, including the role these plants play in catering to Australia’s energy needs, as well as how they work and where they are located.

What is a coal-fired power station?

A coal-fired power station is an energy plant that burns coal – a fossil fuel – to generate electricity that’s fed into the grid which supplies power to homes and businesses. There are a few key energies stored in coal and when successfully converted, can create thermal energy, mechanical energy and electrical energy. Australia’s electricity generation relies heavily on coal-fired power stations, which supplies about 80 per cent of the country’s power needs, according to Geoscience Australia.

How do coal-fired power stations work?

In a nutshell, coal-fired electricity generation is achieved through quite a complex process:

It’s important to note that thermal coal in Australia is either black or brown coal, both of which are flammable sedimentary rocks formed over millions of years from decomposed vegetation that’s been compressed under layers of sand and sediment.

The average lifespan of a coal-powered plant is 29 years although some power stations are designed to last between 40 and 50 years, according to Energy Networks Australia. Most coal power plants have an expected closure date, however can cease operating earlier due to a variety of reasons, like being replaced by renewable energy generation or a reduction in performance that’s likely to increase electricity prices and power outages.

How many coal-fired power stations are in Australia?

There are currently 24 coal-fired power stations operating across Australia. These plants are located in New South Wales, Victoria, Queensland and Western Australia. Here is a list of the coal plants currently in operation:

Where are the coal-fired power plants in Australia?

The map below shows some of the main coal-fired power stations in Australia. Keep in mind this map is not to scale and is designed to be a rough guide only. As you can see, most coal power plants are located along the east coast of Australia.

When was the first coal-fired power station built?

The first coal power plant in Australia is credited to the Yallourn Power station in Victoria. Located in the Latrobe Valley, the origins of the Yallourn Power Station date back to 1890 where operations begun at the Yallourn North Open Cut – a brown coal mine. Over the years, the area has consisted of many sites including Yallourn A, B, C, D, E and now, Station W – which received a $500 million upgrade in 2001.

What is the biggest power station in Australia?

The largest power station in Australia by capacity is Loy Yang – located in Traralgon, Victoria – which consists of Loy Yang A and Loy Yang B. Both sites generate around 3,200MW which powers half of Victoria’s energy requirements, according to AGL. Situated next to a coal mine, Loy Yang A is owned by AGL, while Loy Yang B is owned by Chow Tai Fook Enterprises – owner of Alinta Energy.

Loy Yang’s primary fuel source is brown coal with both plants – A and B – due to cease operating in 2047. The power stations’ closure date coincides with the Victorian government’s plans to be completely carbon neutral by 2050.

Top 10 countries for coal capacity in the world

When it comes to coal on the global scale, Australia doesn’t rank that highly. Below is a list of the top 10 nations for operating capacity in megawatts (MJ).

There are numerous pros and cons of coal and how it helps power Australia. Most of the advantages of coal-fired power stations revolve around accessibility of coal and how it’s cost-effective when compared to other resources, while the disadvantages are centered around its negative impacts on the environment.

Is coal-fired power being phased out in Australia?

To cut a long story short, coal power plants still play a vital role in Australia’s electricity generational capabilities, with it still being the major resource behind keeping our nation’s lights on. That being said, it’s not to say the little black rock isn’t on borrowed time, especially as Australia looks to transform its energy system and reach net-zero emissions by 2050.

Given there is continuous research and investment into green energy production, it’s safe to argue that coal-fired power stations may cease to exist once they’re past their use-by date. While renewable energy produced by wind and solar power seem to be some viable ways of replacing coal, there are counter arguments that these types of renewables cannot meet or handle Australia’s electricity demand. With its future hanging in the balance, there’s no doubt this dirty fossil fuel will remain a sore talking point for many years to come, particularly as Australia as well as many other world economies shift to a more sustainable future. 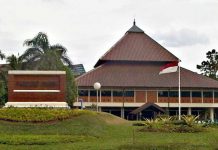 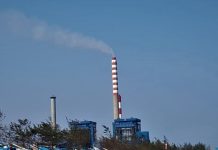 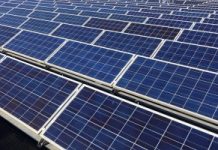 WHY IS COAL SO POLLUTING? | Mengapa Batu Bara mencemarkan? 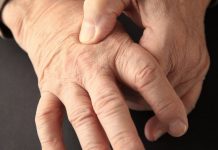 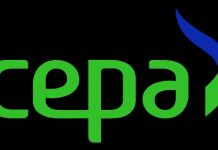 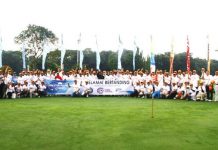 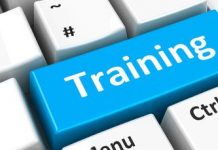